In accordance with official guidelines smokedifferent has now reopened and is happy to welcome back all customers to our Capel St. store. 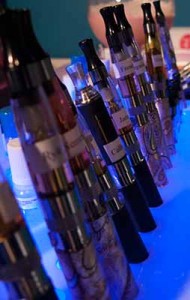 Tobacco cigarettes contain around 4000 deadly toxins and they are responsible for hundreds of ailments and diseases such as lung cancer, stomach cancer and chronic heart diseases.

Cigarettes are not only harm the user but even people who are surrounding the smoker are equally in danger. Passive smoke which is the smoke coming out from the cigarette in between the puffs and the smoke from the lungs of the smoker are more dangerous than first hand smoke according to some doctors.

The E-cigarettes have none of the thousands of harmful chemicals which make it health friendly. In fact E-cigarettes are a greener alternative for all those who smoke. It even helps those who want to quit smoking.

The E-cigarette is a 21st century innovative device which resembles and tastes much like a cigarette expect for its function which differs. The E-cigarette produces water vapor mixed with nicotine to give the user the nicotine hit to satisfy his craving because of his addiction but without all the harmful toxins as in a normal cigarette.

For those who are concerned about their health and the health of their family members and friends and the environment, the E-cigarette is a perfect responsible choice which will help them live longer and have a good health.